Founded in 1944, Bauwerk Parkett AG is the leading Swiss parquet manufacturer and the leading European supplier of two-layer parquet. The roots of Boen go far back into the 17th century when two sawmills near the Norwegian city of Kristiansand laid the foundation for today’s leading supplier of 3-layer parquet. By the merger of the two companies in June 2013 the new Bauwerk Group AG becomes one of the worlds leading high end parquet manufacturer and Europe’s No. 2. The Group employs approx. 1’600 employees and produces approx. 8.2 Million m2 per year. The whole range of different parquets is offered by the two brands Bauwerk and Boen and is distributed through different sales channels in over 50 countries world wide. The key markets are Switzerland, Norway, Germany, Austria, UK, France, Italy, Sweden, China and US. The Bauwerk Group operates factories in Lithuania, Croatia and Switzerland.

The headquarter of the Group is based in St.Margrethen/Switzerland. Production locations are split into the Northern Rim with Kietaviškės/Lithuania and Kaliningrad/Russia and the Southern Rim with St.Margrethen/Switzerland and Đurđevac/Croatia. The sales departments and Brand functions are subject to the two brands Bauwerk Parkett and Boen. For further information click here 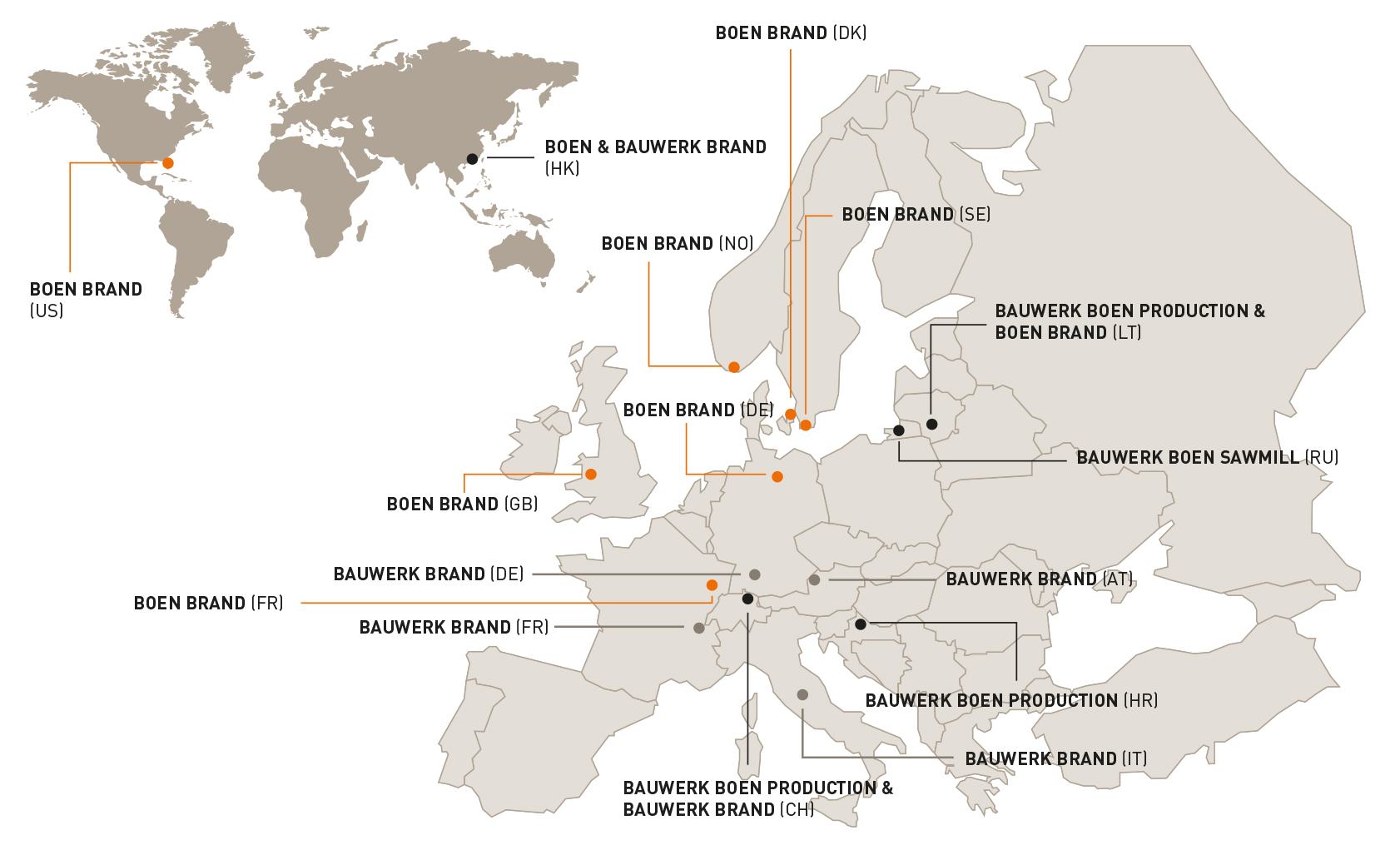